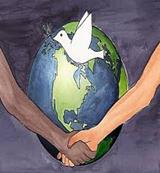 Brothers and Sisters! In Politics it is not a healthy sign the members of the political party force the leader to quit the office because it determines a precedent that anytime members are unhappy with their leader they can chalk him out. In this way there are many negative effect and impact on the state; socially, economically, psychologically and otherwise.

From the Direct Communication Unit 30 October 2006

The Prime Minister has asked me to thank you for your letter of 10 October, with which you enclosed a floppy disc and CD.

The prime minister has asked me to thank you for your recent letter and the enclosures.

Although I am not a fan of yours nor I agree with any of your policies which you devised to run the politics of the country except that unemployment has been reduced. The fall in unemployment was mainly due to overhauling the social security system where a lot of bogus claims were handled both outside and inside the department.

Before the New Labour assumed the government, every Labour government adhered to these policies. But when the Conservative Party assumed power in 1979 it gradually privatized all the nationalized industries until 1997. When the New Labour assumed power it continued to follow the conservative party pattern while people gave them a landslide victory expecting that the old days of the Labour Party will return.

Mr and Mrs Blair! Before I outline the representations in an effort to change the thinking of the members of the Labour party, let me brief you the causes of the downfall of the leaders of the three parties.

However, look from this point of view.

The publication of diaries by David Blunkett


exposes the rift among the members.

Mr and Mrs Blair! Now the question arises how you can change the thinking of the members of the Labour party where you can complete full term in your office which can mend and repair the differences among the members?

You can judge this by looking at the state of David Blunkett.

Mr and Mrs Blair! In view of the assumption that you will remain as prime minister until the next term the leader of the party should be elected on the basis of Hazrat Omer (RTU) advised his predecessor to adopt.

Hazrat Omer (RTU) was killed by his slave. He had not enough time to think about the nomination of his successor. In view of this he nominated six persons to choose from within seven days of his death.

Among the six three withdrew in favour of their favourable successor. Then among the three one of them withdrew and asked the remaining two if they would accept his judgment to nominate the Ameer for the Muslim Ummah. They agreed. He had a word with both of them in private and then he nominated one of them. This is how Hazrat Usman (RTU) became the Ameer of Muslim Ummah being the third Khalifa of Khilafat Rashida.

However, Gordon Brown has to think that if you were to quit next year there is a chance that he may not be elected as leader of the party, as you have withdrawn your support for him where you evaded the questions, probably more than two times, of David Cameron if you are supporting Gordon Brown as your successor.

The prime minister has asked me to thank you for your recent letter and the enclosures.

I have written you this letter as your personal capacity and not being prime minister. You are prime minister when you are in your office dealing with the state affairs. Moreover, such suggestions cannot be given to a prime minister.

I look forward to hear from you.

I hope you will not disappoint me this time.